Hubballi, February 23: Basavaraj Horatti, chairman of the Legislative Council, has resigned as primary member of the JD(S).

Horatti has been in the political field as a member of the JD(S) for several decades as a strong loyalist of H D Deve Gowda, national president of the party.

He was elected unopposed as chairman of the Council on February 9, following an understanding between the JD(S) and the BJP.

Horatti has said in his resignation letter to Gowda that he has resigned from the primary membership of the JD(S) since he has been given the new post as chairman of the Council and had to function independently.

Police Arrest Youth Who Duped With Sale Ad On Instagram 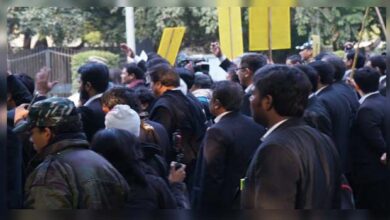