HUBBALLI: The Karnatak University, Dharwad, has awarded a Ph.D. in English Literature to a boy who studied from a Kannada medium government school in Hubballi.

Shahnawaz Makandar (Maulasab Makandar), a resident of Bhandiwadbase in Hubballi had been awarded a Ph.D. for his thesis titled “Flight of Realism: Themes and Technique in Orhan Pamuk’s Fiction.”

After completing his primary at a government Kannada medium school in Hubballi, Makandar studied at Lamington high school. He then pursued PUC, B. A and masters from Anjuman -e- Islam’s Nehru Arts, Science, and Commerce College in Hubballi.

Speaking to Hubballi Times, Makandar recalled that Late Professor B. A Pathan and Dr. SM Chillur were great sources of motivation for me. Besides them, it was my friend Shafaqat Ali Badiger, who guided me to opt for English Literature in B.A, without which, I could not have reached this position, he said.

The thesis was carried out under the guidance of Dr. Chandramma Kanagali of KUD.

Makandar is now working as an Assistant Professor of English at Nehru PG center. 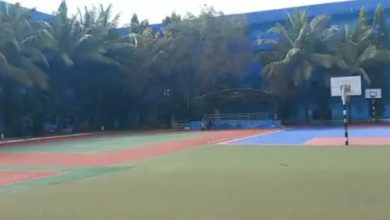 Will There Be Bus Movement During Weekend Curfew? Check Details Here

Shah Bazaar Shuts Down In Protest