HUBBALLI: The city police team has arrested a total of five persons, including Dr Hundekar’s wife Shashikala.
According to the police, Shashikala and her brother Naveen Mulkigoudar planned to murder Dr Hundekar for his alleged extramarital affairs, and for asking Naveen to rapay money given to him.

Dr. Hundekar was killed at his house at Jayanagar on March 12 in the presence of his wife Shashikala. The doctor was hit with an iron rod and was stabbed. Later the assailants roped his body in a bed-sheet and taken near Ingalahalli to burn it.

After killing the doctor, Naveen posted a message in doctor’s WatsApp group saying that the doctor would be out of station.

The police team led by DCP Renuka Sukumar and Vidyanagar Police Inspector Ratanakumar Jiragyal would be rewarded for the successfully investigating the case. 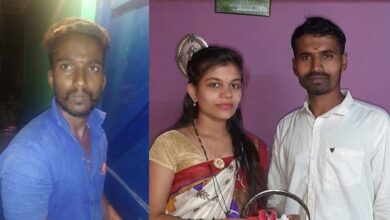 Woman Along With Lover Arrested For Murder Of Husband

Policemen Attacked By Gang In Dharwad