Hubballi, May 28: A team led by Dharwad assistant commissioner Mohammad Zubair and tahsildar Prakash Nashi have rescued 119 migrant labourers and 65 children who were being ferried in two trucks from Chitradurga district to Maharashtra on Thursday.

The officials on duty stopped a lorry carrying workers from Chitradurga district to Maharashtra. Hundreds of people had attempted to go to Maharashtra through Varur-Agadi near Hubballi by escaping the police inspection.

On getting a tip-off and confirming the news, the officials stopped and inspected two trucks at a checkpost in Varur-Agadi. They found that migrant workers were being transported from Challkere in Chitradurga district to Raigad district in Maharashtra in these trucks.

There were 64 men, 55 women and 65 children, who have all been rescued and sent for a medical checkup.
Zubair later facilitated the transport for the people in separate vehicles, based on the instructions of the Deputy Commissioner Deepa Cholan. 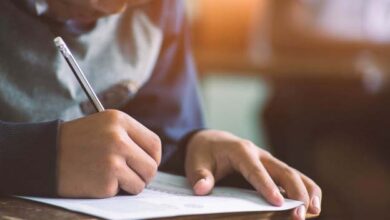 No Exam For Diploma, Engg, UG, PG Students, Except For Final Year