HUBBALLI: The City police have continued the raid on the narcotics rackets in Hubballi and arrested two people from Vijayapura here.

On Wednesday, the police received a tip-off on the ongoing sale of narcotics near the church on Karwar Road in Hubballi and conducted a raid in the area. Moinuddin, 48, and Sadique, 44, were arrested in the raid. The police also seized 1.2 kg ganja and one mobile phone.

The arrested men are natives of Vijayapura and are selling ganja in Hubballi, which has given rise to suspicion that the web might be wider.

Inspector Kadadevar and staff members Basavaraj Pushpatihala and Badiger, were part of the team that conducted the raid on Wednesday.

Illegal Transport Of Ration Rice Worth Lakhs Of Rupees: 3 Held 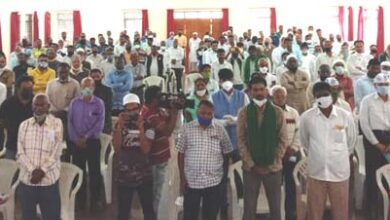