HUBBALLI: Demanding a complete ban on liquors in the State, the Anti-liquor Movement will take out a silent rally on Saturday December 7 at 9:45 from Indira Glass House to the Tehsildar’s office in the City.

Addressing mediapersons here today, Dr. Veena Madhav said that it was Gandhiji’s dream to have a complete ban on alcohol. Now when we are celebrating the 150th birth anniversary of Gandhiji should fulfill his dream by banning the alcohol in the State.

“Gandhiji identified the consumption of alcohol as a major social evil and urged a ban on drinking. Many families are being affected because of drunkards and women are feeling unsafe. Like Bihar, the state government too should prohibit the sale of liquor,” she added.

Shardha G and others were present in the press conference. 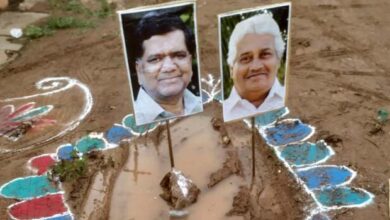