HUBBALLI: Ramarajan K took charge on Friday as deputy commissioner of police for law and order on OOD basis in Hubballi-Dharwad.

The 29 year old DCP is a 2017 Karnataka cadre IPS officer. A native of Tamil Nadu, Ramarajan studied in Kalaburagi. He had been an assistant commissioner of police in Channapatna of Ramanagar district before being appointed as DCP for Hubballi-Dharwad on Wednesday.

He took charge on Friday noon with an early request to all officers to not get bouquets for the occasion. Following an exchange of good wishes, the new DCP spoke to the officers of the twin cities, to learn the law and order situation in the region. 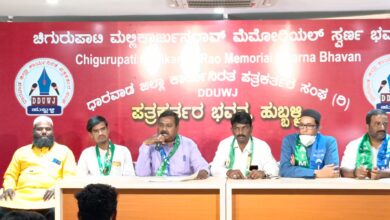